Acceptance is something we all strive for in one way or another. What it takes to get there is a hard road well travelled.

It comes in so many forms that my acceptance may seem like bull to you but to me it means I get to put one foot in front of the other knowing I am doing the best I am able to right now.

I’m not talking acceptance from the outside world today, though I will throw down with anyone who doesn’t show my son the respect he deserves daily. Or acceptance from others who may see or hear my son screaming (sounds like he’s being murdered) with joy and give me death stares for laughing right along with him instead of quieting him. Those people aren’t even on my radar.

When Sam was diagnosed as autistic nearly 4 years ago I buried my head. Totally. Stu took the reins while I internally rocked in a corner for about two weeks.

I had been the one to push for the diagnosis process from about 18 months, but reality hit in a way I couldn’t have envisaged. 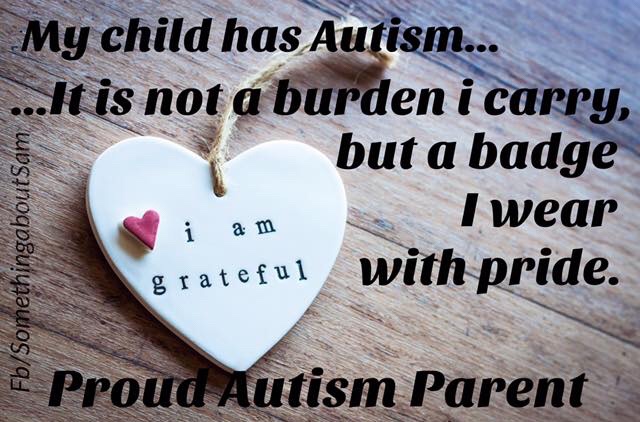 At one point I thought I grieved for Sam. For the child I had imagined him to be. But looking back I now see it more as an acceptance. Not of him, he is always accepted, but an acceptance that I had to work through to be able to be the person he needed me to be.

An acceptance that this is our life, it is what it is and that this life is more than good enough for me.

Accepting what I have is infinitely more precious than the alternative. The alternative being my child without his autistic side attached. Who would he be? Certainly nothing like the stunning boy I have by my side as I write this right now.

With acceptance comes a sort of peace for me. Something less to worry about. Acceptance has been good for my soul!

It is infinitely better for your psyche, for your child’s ability to understand and love themselves for the outstanding human being they are. For those days when you feel the weight and the bone reaching fatigue. It has got to be better in the long run to accept everything in your world as it honestly is.

A few years ago I stopped saying “maybe this time next year he will be..

…sleeping in his own bed

Because that was my narrative of who he is. Not his. He is a happy little boy with his fair share of complex needs and behaviours. But he is still a child. I looked for far too long through the adult perspective of what fits in which box. Kids don’t think like that. From my experience neither do autistic people.

So I changed the narrative a little from “He won’t ever…” to he might be a doctor, or he might not.

Once I started doing that it became a bit less of “Sammy, he has autism” to Sam, my autistic son who faces daily challenges, who needs my help but will do it his way, in his own time regardless of how much I might have once wanted it to be otherwise.

The point is to me is it is his life to lead and he has me by his side no matter what he does or doesn’t do.

Acceptance to me is love. Love for my children, helping them as they live their lives to their fullest ability, again, regardless of how I used to think that should look.

Accepting the particulars of your life can take time. It took me about six months for the fog to clear long enough to figure some semblance of what we needed to do to survive.

It is ok that my house may never be clean and that it might be because I have absolutely no inclination to do it.

It is also ok that we might not make it out to every party, or be invited to them.

It’s fine that I get to say yes or no depending on what feels right for my family. No matter what it looks like from the outside looking in.

Acceptance not to feel guilty when I occasionally get it wrong.

Acceptance comes in all shapes and sizes for each of us. I don’t fully understand my life sometimes and would never ever judge another’s. Your version of acceptance may be very different to mine and that is great. Because one thing I do know is I don’t know it all!! And I accept that 😂💗 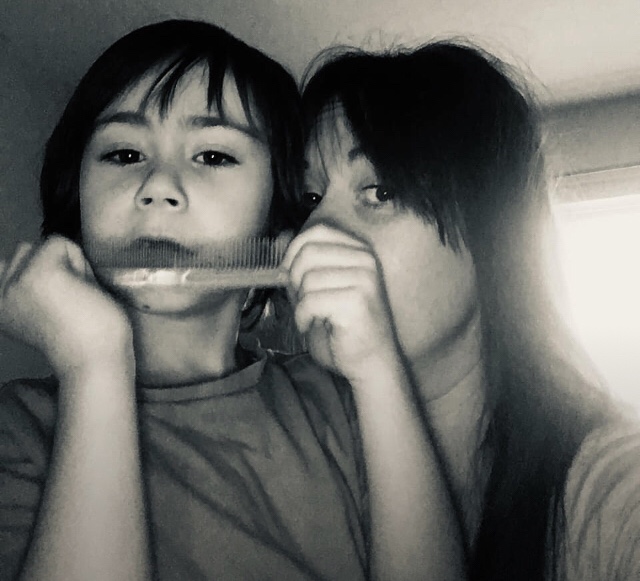