I think with the evolution of social media has come the need to show off our best selves. The version we want the world to see.

Loving someone with autism, and sharing our lives with others means you can’t add a filter to everything. Autism doesn’t have one. Autism is honest. My son is the truest version of himself and he always will be.

I’ve been thinking a lot recently about autism and how it affects those closest to it. My family isn’t typical, no two are the same are they, autism or not.

I choose to stay at home while Stu goes out to work, Connor is striding his way through high school and Sam is living in his moment.

So how does our dynamic go? And is it it working within our world of autism? Who am I vs. Who I show to the world around me, whilst living and breathing autism.

**Friendsfest, last year with my sis.

My personal experience is that autism is all consuming. If I were a casual observer I’d say ‘she borders on the obsessive’ they wouldn’t be wrong. But I’m only obsessed because my child is autistic. It’s my job to know everything I can about something which affects a lot of his life. Having a child with autism means my protective mode kicked up straight to 5th gear the minute I got over the shock.

That’s what being a mum means, it’s why our children seek us out. The way Sam needs me is so intense it’s almost like a drug. I need to be his best mum just as much as he needs me. He has autism but we are in this together.

Sam needs me in a way Connor never has, Connors needs are equally important, Sams just more complex, and I’m not ashamed to say that I adore the one to one time I get with Connor because it is so simple. When you have more than one child with very different needs you become two parents, and while my time is fixed mainly with Sam, Connor knows I’ve got him.

If you are like me at all, you spend a good chunk of time thinking about your child with autism. Their well-being is paramount to the whole family dynamic. How to make this complicated life of his as easy for him as I can, is a subconscious thought now.

Being the primary stay at home parent, I wear all the hats. Most of the time I manage just fine, that is how I perceive it, and that is what I show to the world.

What I don’t show the world anymore is my doubt. My fear for my at times sense of self belief, my worry for the future.

Even though I know I’m doing my best, during difficult moments I doubt my ability to really succeed at helping him win.

The belief I have in myself to be the best mum, when sometimes I’ve just had enough.

The guilt for going to the pub for 2 hours on a Friday night when I have my weekdays to myself which should be enough to sustain me but sometimes isn’t.

The creeping worry that I don’t push him hard enough, that I go with the flow too much is somehow holding him back. That is what up until now I hadn’t voiced before.

As I’ve read and reread this post as I’ve been composing, I know that there is nothing wrong with me. Or that admitting to it isn’t a bad thing, it’s just when you have a child, like mine, you can’t leave them to it. He won’t be ok without me. That is some weight to shoulder at times.

He has my support unquestionably. Always. It’s just scary sometimes. Because autism parents. All we do is think.

The bottom line though, is my son is one of my top favourite humans on the planet, I couldn’t live without him and I wouldn’t change him. I however, have to change the way I think every once in a while.

The dad in our home wears many hats too. He is hunter gatherer, chief council, emotional punch bag, bomb defuser. I was the driving force for diagnosis, he was with me every step. Because Sammy was so young, Stu didn’t not believe we were looking at something, but he was waiting for the definitive.

When I initially shut down for a few days after, he went on the hunt for information, he drip fed me what he learned. He kept us in motion.

Stu adores Sam and vice versa but he is not me. Nothing big headed in that statement, but give Sam a choice he comes to his personal comfort blanket. Me.

Stu has had to stand on the sidelines watching (his baby too) while Sam faced whatever he was facing, not allowing his dad to help, me or him. I can imagine only too well how cutting that must feel. So as a dad to this little man, he adapted his role. He is the master of distraction and often sucks Sam in with tickles and shoulder rides. He shares all my fears but has a way of damping them down before they run away from me. He has faced an enormous amount of stress living our life, but in his main role as chief of the fam, he keeps us all together while placing himself exactly where we need him. I can’t talk about how autism has affected his own mental health but like me, our children are his life and he puts them first.

The special needs sibling. Just so special all around. Coping with an ever changing household when he himself needs stability and continuity. These children deserve all our love and respect.

Often shunned by Sam, it doesn’t hurt as much as it did but he’s still a child. It’s harder for him to compartmentalise.

He takes every opportunity to engage Sam. On Sams terms.

While I feel a lot of guilt towards how he may feel, he would say don’t dwell on it. He loves his brother and this is his family, it’s the only way he knows. Siblings like my son are going to have a unique vantage point on what it means to be a decent person.

The ability for compassion will make these children into champions, because they have learnt that sometimes it’s no ones fault. It’s just the variety of life.

Including siblings means letting them know what’s going on. They are part of the family too and deserve our honesty. I hope he can make his was through life not needing any filters and knowing his worth. 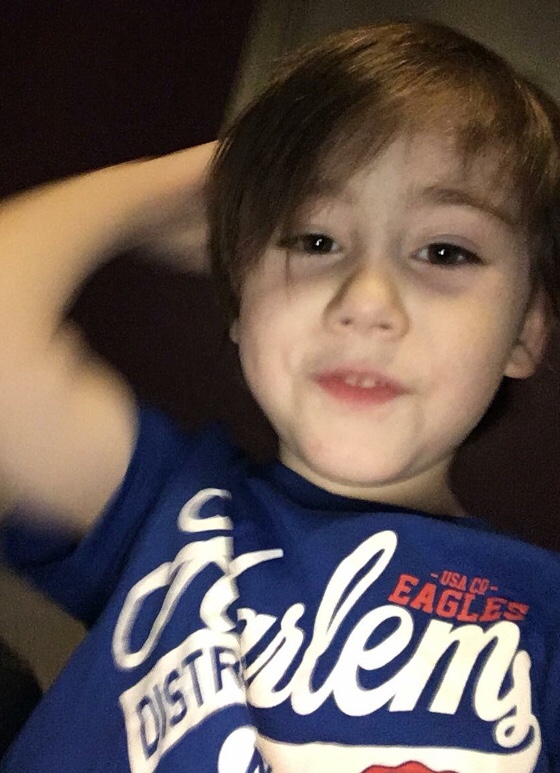 I don’t know how he feels. I don’t know if he knows that he sees, thinks & feels differently to me. To us.

I wish I did, but he doesn’t just yet. I’m as sure as I can be of that. He has overcome so many challenges so far in his six years. He has no filter whatsoever. Thank goodness.

I can’t read his mind but I can follow his lead. I think that is the most important thing I have learned so far.

What he can’t tell me with words, he finds other ways to reach out. He reaches out to me every day.

He sometimes suffers because certain aspects of autism make it difficult to control and understand what he feels.

There are so many aspects to autism, a lot of them are challenging for sure. Seeing your child in a pain they can’t communicate with you is like nothing I can explain, except to say it exacerbates those feelings of not doing enough, but then you see your child move forward day after day, sometimes taking the smallest step makes your heart burst with sheer joy. That may sound cheesy, but it’s the balance we need. It’s the balance that means we’re ok.

Those challenges, the self harm, the disruption to more than just himself, they don’t mean I don’t love him. They mean I love him more.

We’ve learnt to love alongside autism and as he grows I hope he can help us understand. So that we are better equipped to help him.

I don’t know enough to be an expert. I don’t have the knowledge, but I’ve said it before, I am an expert on my son. And that is enough for me.

Autism is his to live with not ours.

One thought on “Our family; his autism.”