Aaaahh 😨 the day has finally come. Sams last day at nursery. I have been preparing myself for this day for weeks. It was always going to be emotional.

Sam has 6 weeks off then he starts reception. For those who don’t know, we decided to defer Sam for a year because developmentally we felt he wasn’t ready. It gave him time to develop at his own pace in the free flowing environment of the nursery attached to the school. I am so glad we did. I’m scared for what’s to come next. Not because I don’t believe in him, but because with a child with autism there are so many X factors involved. His behaviours can swing wildly every day. But hey, I can’t hold him back any longer. He’s ready to take that step.

What I didn’t know when I enrolled Sam in that nursery at the time was how much support he would really need. He was 3 at the time and it was a case of figure it out as we go.

Did we figure it out? I think we did. Between us.

Vicki P-Sams personal 1-2-1 was there every morning 5 days a week for Sam. She became his eyes and ears because Sam is on the go all the time, so was she. She had the extra responsibility of safeguarding wherever he was so she had to have two pairs of eyes to do both effectively. She became attuned to Sam as she needed to and can read him almost if not just as well as I can.

It was Vicki who made such fast progress with pecs with Sam and got him to sit on the toilet and to follow the school routine that worked so well while he was there.

Gill N- Gill is so experienced dealing with all of the children. She was the problem solver when he needed quick distraction and she was always there to reassure him or give him a hug. She was a calming influence whenever he needed her.

Vicki D- Is the most extraordinary nursery teacher. She took Sam and helped him integrate with his peers. Follow some parts of the class. Join in song time. She showed his little classmates a sesame st video explaining Sams differences in a way she was struggling to get across to their little minds. Because she did that I have faith that they will go forwards throughout their lives knowing the difference and knowing it’s ok TOO be different. She was also a shoulder to him whenever he needed it.

I don’t think they realise quite how much they have given us over the last two years. Probably in part because they are so good at their jobs. It came very naturally to them. They love what they do and it shows in the results that they got out of Sam. Two years ago Sam had two words, very limited understanding or interest in his broader surroundings. A lot is down to Sam, his development has been slow but steady and he’s made some massive strides. Much though is down to these women. What they gave us Sam especially apart from routine, they taught him pecs, to sit on the toilet, to play with peers (occasssionally & on his terms) he smashed pecs pretty quickly. I’d often come into the room to see him posting his pictures of what he’s done and about to do. They got him to sit on the toilet every day. Not that he did anything, but they persevered and took away the fear for him.

They showed respect for who he is. They bent themselves backwards to accommodate him. They changed the way they taught to fit around him. They loved him while he was away from me. They see him as I see him.

There are so many parents out there who don’t have what I’ve had and that needs to change. This school and its staff are outstanding in every way. Every child whether differently able or neuro typical are treated as the individuals they are.

These women have seen me cry and they have cried with me. They were my most prominent supporters during the deferral fiasco, unwavering support for every one of my wobbles. I don’t think they could have foreseen how much crying I would be doing on their shoulders!!

Not once, have they made me feel like his behaviour is a problem for them. No part of Sams more challenging behaviours has ever been complained about. It’s just part of him and they brush it off and move on. They talk about his difficulties as just that. Nothing negative, just plain and simple understanding. I can’t stress the importance of this enough. As a parent being told about something he may have done just so I know, we examine it, and deal with it. 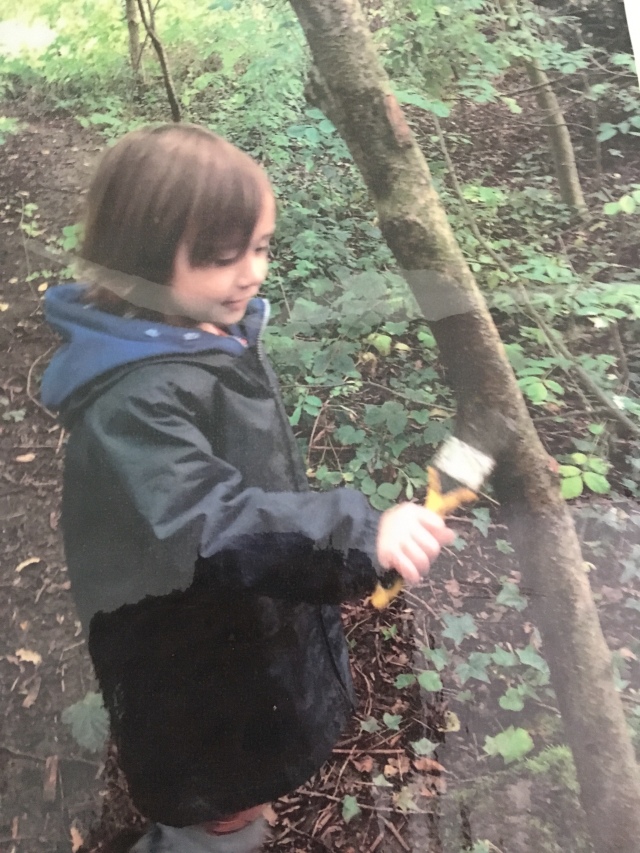 I wonder if when Sams old enough he’ll understand the benefit from these strong positive female caregivers? As that’s what these three women have definitely been. I actually wanted to say ‘love you’ as I left with Sam today. Because I do. I love that they always put his needs first no matter what.

When you become a parent to a child with autism you begin to fight battles. Big ones like our near miss with the tribunal or smaller sized ones like getting a child like Sam who can’t be bribed, or persuaded otherwise to leave the house when he flat out does not want too. I see a lot of people struggle with senco‘s, a lack of understanding from teachers and staff. We had nothing but support from the school. Nothing but kindness & understanding. They fought for Sam, and for someone else to fight for your child when you can sometimes feel very isolated fighting every day means so much to me. It tells me so much about the integrity of the staff. Andrea B, the senco at School is especially passionate that children with additional needs receive a quality mainstream education wherever possible. She was one of the strongest advocates for Sam deferring a year and I look forward to her contribution to Sams ongoing education within the school.

I don’t think I have anything more to say. I think I’ve said it all. Ladies please just know I am forever grateful we had you.